When ear wax accumulates in the ears and causes a blockage, ear wax removal may be necessary. Ear wax, also known as cerumen, is naturally produced by the glands in the ears to lubricate the ear canals and keep dust and debris from getting too far down in the ear canal. Cerumen typically clears itself from the ears, but in some instances, it can accumulate and cause a blockage. In these cases, ear wax removal may be necessary. 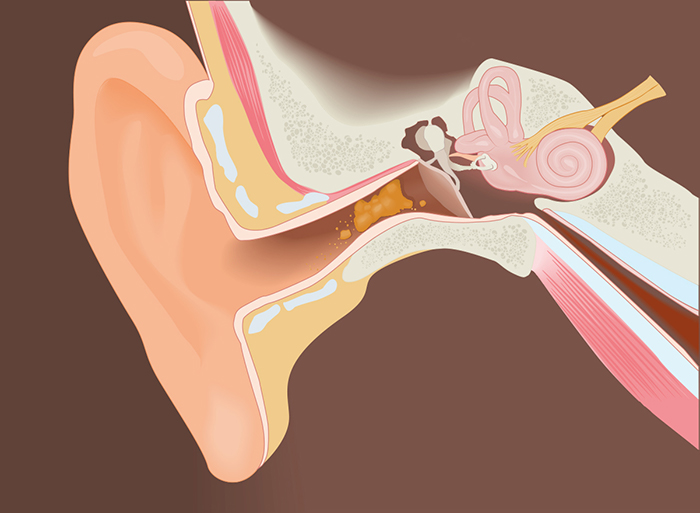 What are the symptoms of ear wax blockage?

Symptoms of ear wax blockage include

If a blockage occurs, it may need to be removed. This can be done at home or at your doctor’s office, depending on the size and severity of the blockage.

How should you clean your ears?

Ear wax typically clears itself from the ears. Lower jaw movements, such as speaking or chewing, move ear wax towards the outer ear canal. This continuous motion helps to cleanse the ear and push out excess ear wax.

If, however, you have issues with ear wax build-up or blockage, ear wax removal may be necessary.

There are several things you can do at home to remove ear wax from your ears, including

There are also some at-home ear wax removal kits that can be purchased over-the-counter in most drug stores. These kits are not for everyone, especially those who have some ear conditions. It is, therefore, best to check with your doctor first before attempting to use these kits to make sure it is safe for you.

Generally, these kits consist of a liquid that softens ear wax and a small rubber bulb syringe. You will be given directions on how much and how often to apply the liquid to your ear canals, allowing it to sit for a while in your ears to soften up the ear wax.  Bubbling and fizzing sensations in your ears are normal with use. You will then use the bulb syringe to flush your ears with warm water gently to remove the ear wax. It may take several days to clear the blockage completely from your ear.

If your ear wax blockage is more significant where the ear wax builds up in your ears and becomes too hard to wash away naturally, you should see a doctor. Doctors typically use one of two methods to remove ear wax:  irrigation or curettage.

Curettage, the less common method, involves the use of a curette. A curette is a long, curved instrument that is used along with suction to scrape ear wax gently from the ear canal, removing the blockage.

How Not To Remove Ear Wax Build-Up

People commonly use cotton swabs to try and remove ear wax or dislodge a blockage. However, this can sometimes cause more problems, as cotton swabs can push a blockage further down into the ear canal, risking even more damage to the ear (e.g., eardrum rupture and/or ear wax impaction). 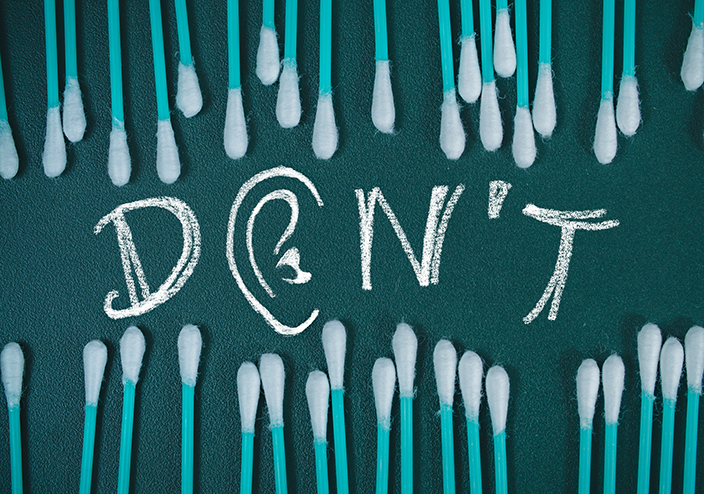 Physicians generally agree that cotton swabs are a bad idea for removing ear wax and should only be used on the outer portion of your ear. You should never insert cotton swabs or any small object into your ear canal.

Physicians also DO NOT recommend that you use ear candles to remove ear wax, as these have not been proven effective and could potentially cause serious injury.

Some people just produce a lot of ear wax, and over time they have a buildup that needs to be removed before the ear wax becomes impacted. For others, the use of hearing aids, wearing earplugs, and using cotton swabs may impact ear wax. Whatever the cause, you should seek treatment from a hearing specialist.

If you suspect you may have issues with ear wax buildup or impaction, contact Apex Audiology at (719) 247-9000 for evaluation and treatment.